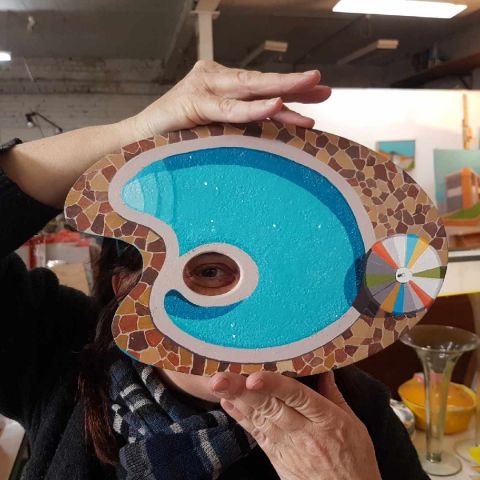 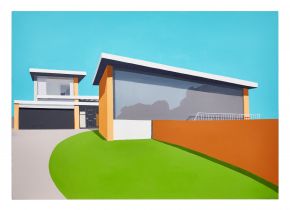 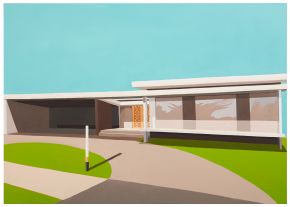 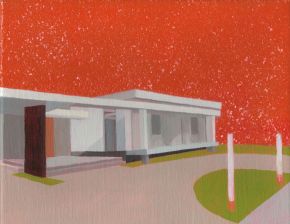 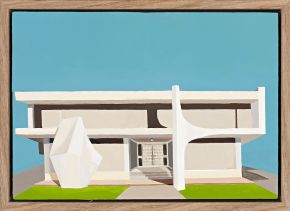 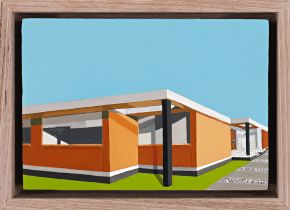 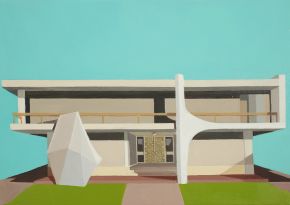 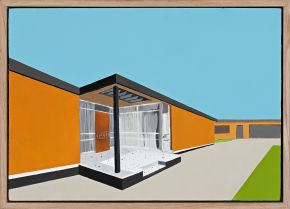 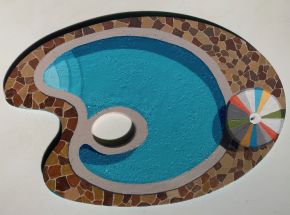 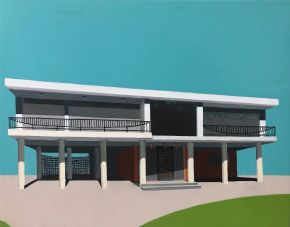 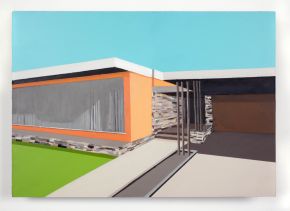 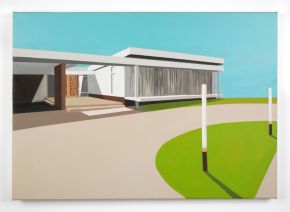 Since completing a Diploma of Visual Art in 2013, Melbourne visual artist Karen Salter has worked from a shared studio space in Windsor.

Karen’s art practice incorporates her passion for architectural forms and urban history, as well as her nostalgic yearnings. She works across media, currently interested in exploring the transition of her paintings into 3-dimensional works.

In 2017 her first solo exhibition was held at The Gallery at City Library in Flinders Lane, Melbourne.

Her second solo show was scheduled for October 2020, then October 2021 at the Carlisle Street Artspace at the St Kilda Town Hall.

She has a Bachelor of Arts Interior Design from RMIT University and in her past life Karen worked as a set designer/ art director on television productions and in the event industry.