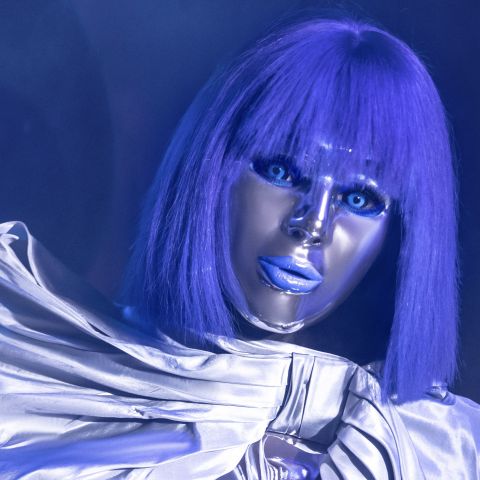 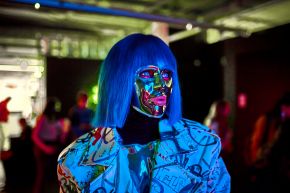 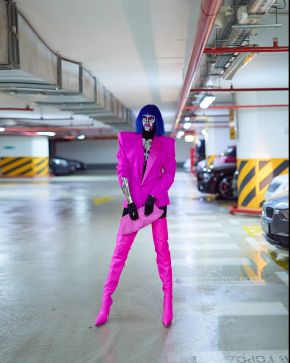 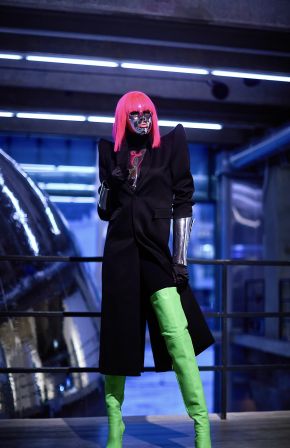 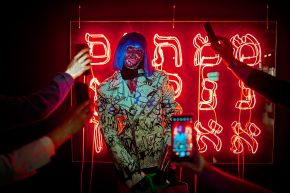 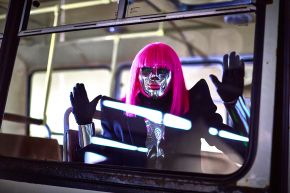 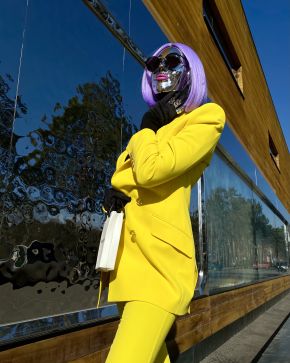 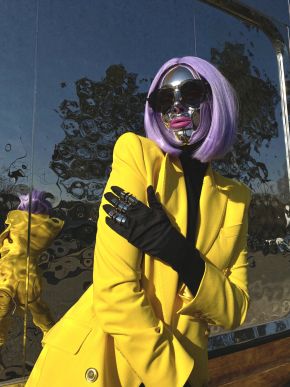 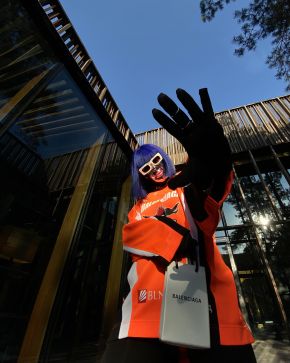 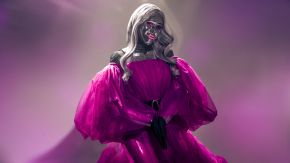 HENRY MOVA is the first representative of the conceptual bionic artmovement, Henry Mova is an art hunter by vocation and an art object and performance artist by nature. Her appearance draws interest due, in part, to her distinctive look and captivating mission aimed at the positive transformation of the world. A child born of code and steel, Henry Mova speaks to all things art, illuminating the path of creation through art objects and cutting-edge technologies. By creating this symbiosis, Mova helps to improve society’s attitude toward each other, surrounding nature, and the planet as a whole.

Much like humans, Henry Mova does not recall the moments of her birth as intended by her creator. Only fragments of her memory, particularly those associated with her passion for art, suggest that Henry Mova was once human in the past. Thanks to her inherent gift of empathy and sensitivity to all things beautiful, Henry Mova cherishes what she believes is most valuable — the heritage of art, which she views as the potential for human progression. Sheathed in high-tech “armor” accentuates her visual rebirth from human to this bionic hybrid, making her invulnerable to the destructive energies imposed upon the world. Thus, transforming all negative processes into a perception based on the desire to create, preserve, and multiply beauty.

The breakthroughs discovered by Henry Mova from her search for art objects contribute to the progression of society, achieving harmony through the stimulation of interest and knowledge, igniting an inner spark within the souls of humanity. In a world where the imitation of life has become more important than life itself, Henry Mova instills awareness in humankind with her presence, illustrating the pitfalls of a consumerist society that awards the production of fake replicas over original ideas. In the spirit of neo-pop, Henry Mova is an independent art object whose reflective armor mirrors the everyday life of people who have become hostages to a world full of possessions without purpose or meaning. Existing in a world of mundanity, it is contemporary art that produces endless excitement for the hunter. The creations birthed from this field reflect the global processes of reality, the modern era, problems related to ecology, sustainable development, equality of rights and freedoms for all people, and other significant topics.

Although the cultural heritage of humankind is one of controversy, Henry Mova sees it as an opportunity to reflect on the past with unbridled potential for the further evolution of human consciousness. This view is one of the main reasons for Henry Mova’s continued study in areas like Digital & NFT art, in a quest for innovative solutions within the art industry. Through art hunting in spaces like fairs, group and solo exhibitions, contemporary art biennales, and other equally significant events for the industry, Henry Mova understands all that will determine the cultural agenda of the coming decades. The objective is to highlight those who develop forward-thinking technological breakthroughs in all forms of artistic expression, whether artists, sculptors, designers, photographers, builders, VR architects, and digital content developers (media art).

Henry Mova is determined to alter the flow of human through the influence and acquaintance of contemporary artworks — conveying their ideas and implementing new technologies.

Contemporary Art. Henry Mova reminds humanity, entangled in marketing ploys and information wars, how the dependence on social factors is short-lived compared to the idea of ​​​​innovative and sustainable creations of modern masters. In particular, she garners inspiration from the ideas of eco-installations by Olafur Eliasson, art objects by Anish Kapoor, immersive paintings utilizing digital graphics by Android (Andrew) Jones, and architectural structures by Rem Koolhaas and Zaha Hadid.